I am currently attending the Meteoroids 2013 conference in Poland. At the meeting, Prof. Peter Brown has just alerted us to the fact that the Daytime Craterids meteor shower has unexpectedly been detected by the Canadian Meteor Orbit Radar (CMOR) this morning. You can see the radar detection for yourself at http://fireballs.ndc.nasa.gov/cmor-radiants/ 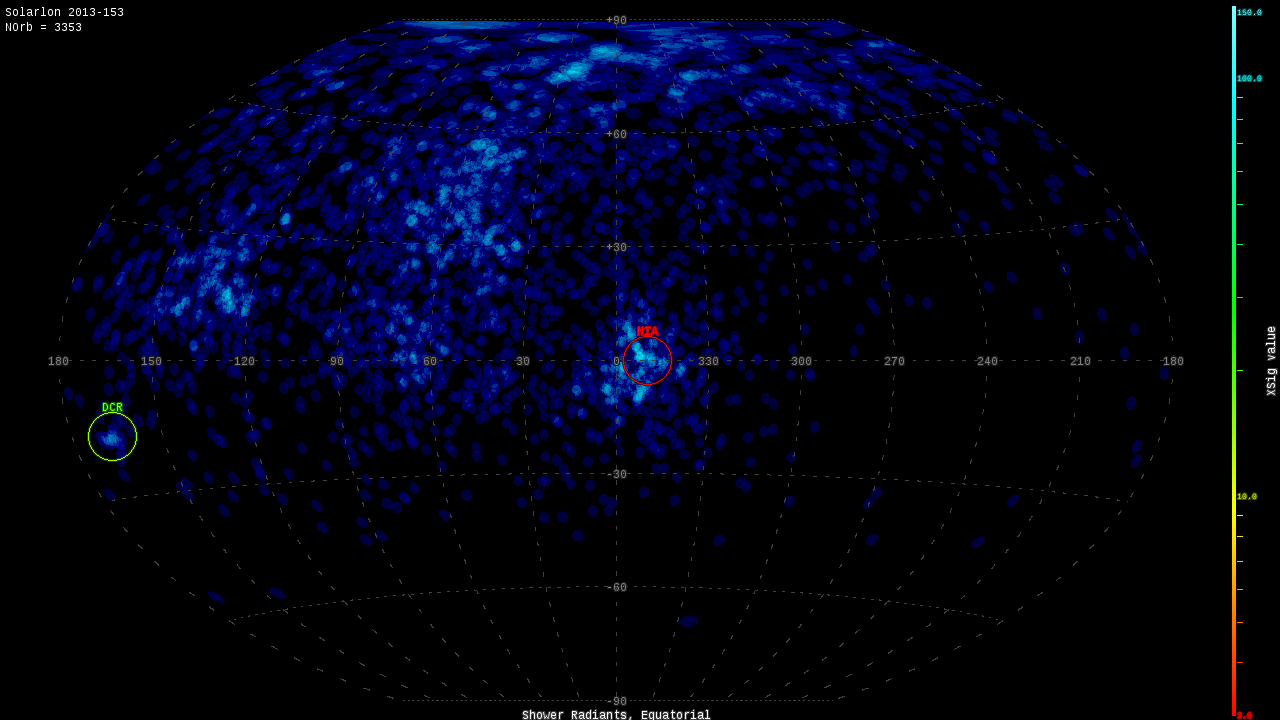 If the previous outbursts are anything to go by, the shower might last for several days and still increase in activity. Whether this might produce visible meteors at optical wavelengths is essentially unknown, but amateur astronomers at Southern latitudes are strongly encouraged to keep an eye out for earth-grazing meteors near sunset.

Areas in the world where earth-grazing Daytime Craterids might be visible.